On Mindfulness and Meditation 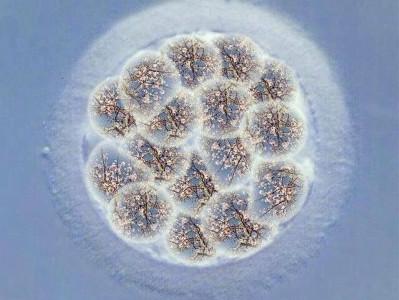 What is reality and how does it feel to experience it, are deep fundamental questions that linger between objective and subjective inquiry. Some people think that the real world is made of stuff or material things, while others believe in a spiritual world. Therefore, some people choose to be open to certain esoteric experiences, whereas another people might perceive them as a puzzling phenomenon. The quest of understanding meditation and mindful approach to living has triggered the human mind throughout history, and continues imposing important questions about the value of mindfulness in ones life. When it comes to investigating mindfulness, it is crucial to consider its role on the microscopic personal level, as well as on a larger societal level, taking into account ethnical and cultural differences, being aware of the benefits of this practice, as well as its possible losses and harms.

A homeland of the multi-faceted and comprehensively developed meditative system has been and remains India. Combined with a meditative practice of Yoga, which consists of moral and physical training, and psycho-energetic breathing exercises, mindfulness and meditation play an essential role in the Eastern culture. Wide-ranging movement of mindfulness and meditation practices has also been incorporated in the West, becoming an integral part of not only religion but also the whole culture (“The Origins of Meditation”).

There are some differences in understanding the concept of these practices. In the Western intellectual tradition, meditation (lat. meditation – to contemplate, to think) is a form of mental activity, which provides the ability for one to enter a unique transcendental state of mind. In the Western cultural tradition, the concept of “meditation” refers to acts of reflection, deliberation, and contemplation. In Eastern views, meditation is a process by which one attains “enlightenment” (Coward 173). Meditation is understood in the East as a process of growth giving a person a new experience in the intellectual, philosophical and existential domain. At a higher-level mastery of meditation technique, it is believed that one can achieve a mental state free of ego, which associates with the activity of the brain’s right hemisphere, as opposed to an analytical egocentric mindset correlated with activation of the left hemisphere.

In the Western culture that praises individualism, person’s autonomy, uniqueness, and manifestation of the “I,” the practice of mindfulness can be seen as just another way towards personal achievement or creating a certain image of oneself for others. Osho, a professor of philosophy, shares his view on meditation in the West and the East; in his opinion, “Western word meditation itself stirs misconceptions. We have to say, meditate on something. People need some object on which meditate – and here lies the problem. In the East, they used another word – dhyana. Dhya – not intended to focus on something; rather, it is the rejection of any content, pure being. Dhyana does not require an object; it is consciousness without content. Let go of all – neither this nor that. Let go of all thoughts, good and bad. What remains when there are no thoughts? Only you. This is grace”. Perhaps, the misconception of which Osho talks about could be since meditation is and always was rooted in the Eastern culture, yet it is a different technique for Western people.

However, if understood and applied with positive intentions, mindfulness, and meditation, as a process focused on sustainability, can be beneficial in one’s personal life, and can also lead to improvement of society overall. An example of a successful leader who transcended his interest for the sake of other people is Marcus Aurelius, the Roman Emperor. His primary sources of popularity were his talented use of ethics, the introduction of meaningful changes, and the ability to solve problems efficiently.  I learned about the emperors view on leadership and his perspective on life in general through “The Emperor’s Handbook: a New Translation of the Meditations” translated by C. Hicks and D. Hicks, which is a combination of the notes written by the emperor himself. Marcus stressed the importance of achieving personal happiness while maintaining the connection to the people, and here is what he says about it: “the good life begins in mind, but one cannot realize the good life cut off from the good society” (Hicks & Hicks, 2002, p.14). A perfect leader for Marcus Aurelius is someone who has developed perfect self-control and is a stable source of inspiration for those around him. One of his well-known strategies was connecting people’s self-identity to the collective identity. “Identification with nature makes all humans feel as one, creates harmony and stability,” says Marcus Aurelius. Marcus Aurelius highlighted the benefits of being internally observant on one’s mind through meditation.

Therefore, I think that the synthesis of collective and individual is crucial when it comes to practicing mindfulness. First, we have to begin working in a group of people, and then create a capacity to be alone. After we started working on ourselves, we have to go back to society, but do not run from it. We need to develop the ability to live in the world, while maintaining our sense of being independent, yet, multilateral individuals, who can understand other people. Indeed, the truth is that we have everything we need within ourselves already. We can master the ability to generate high levels gratifying abundance from the inside out. Often many of us think of the outside factors that influence our choices and decisions.  As a result, we perceive our actions as having causes outside of our mind. Accordingly, only by maintaining our minds in equanimity and peace can we take care of ourselves and, consequently, take care of others who are around us.

Despite this esoteric insight, some might ask how one can attain serenity and peace? This was a quest that I faced a year ago as well. I wanted to understand how I could achieve freedom of my mind, and this curiosity led me to incorporate meditation and mindfulness into my life by attending my first ten-days Vipassana meditation course. I realized that taking a mindful approach to life is like playing a gamble, where I put at stake my self. Though, the difference is that no matter how much he/she won, a player cannot become the ultimate winner, because sooner or later he/she will still lose. Whereas, in meditation, any defeat signifies a beginning of the eventual victory. The meditator never loses everything. He plays many times, but in the end, wins.

I decided to take responsibility and began working on myself, letting go of the expectation that things will get better without me putting effort into this process. Developing better concentration and emotional control depend on our self-work and self-improvement, and these qualities are universal and inherent to everyone. Hence, all people have equal opportunities to become a better version of themselves, but, unfortunately, many of us make the wrong choices. Examples of the wrongdoing would be negative thinking and paying too much attention to what others think of us.

When we spend too much time thinking about something that has already taken place, we are missing out in the present. We need to pay attention to what is happening now; otherwise, it would be in the past. Also, we have to try not to anticipate what will happen in the future, because by doing so, we might not pay attention to what is happening right now. Meditation and life, in general, are almost like a movie tape: we can play the tape back, which might help us better understand the present, but there is no way we can change the past. Also, it is crucial to keep in mind, that by choosing to play the tape back we spend our precious time on something that will never come back. This is why it is essential to make the right choices at every moment, be content with what we have and not ask for more.

My understanding of the practical value of meditating is rest, which led me to a better concentration, self-sufficiency, emotional control, self-confidence, knowledge, and inner wisdom. I became more self-aware, and more importantly, I began paying closer attention to people’s needs and being less judgmental towards myself and other people. A mindful approach to life helps me to connect deeply with others.  Jon Krakauer said, “It’s not always necessary to be strong, but to feel strong.” Many people need empowerment because they lack empowerment from within; this is why it is important to learn about giving and sharing our knowledge and psychological tools with others. Our decision to empower others depends on how judgmental, kind, and patient we are.  By empowering others, we do not give power over us. Ultimately, empowering another person becomes an act of self-empowerment, because everything we do and say matters. And this is what Marcus Aurelius says about it, “the good life begins in mind, but one cannot realize the good life cut off from the good society.” The goal of the human experience is to transform humankind from beings who want to attain power in the psychical world to people who are empowered from within.

The meditative state is the state of the impersonal passive state of observation, in which the meditator coexists with the environment, and does not oppose it or try to subdue it. This non-analytic, the natural state allows us to enter a state of deeper introspection, make our life more balanced, by making healthier choices, and connect to other people on a deeper level. Therefore, I think that people in the West need to move beyond their accustomed mental models and introduce themselves to new ways of listening, observing, thinking, innovating, responding, balancing and leading.  The truth is that unless we have something spiritually fulfilling on which to focus the mind, the mind will not stay controlled. Therefore, by realizing that material gratifications are not permanent, I chose to tap into the world of unlimited possibilities that reside within me through meditation, to be content with what I have, and share my happiness with others.